How Solar Panels Impact the Structure of a Building

As the demand for renewable energy continues to increase, consultants have seen a steady rise in solar panel installations for residential, commercial, and industrial projects. Increased interest in sustainable building design, high operating costs, and awareness of climate change have resulted in property owners considering solar energy for new and existing infrastructure. Installing these systems is a significant undertaking that requires specific considerations for the existing or proposed structural systems of a building.

How Solar Panels Impact the Structure of a Building

When installing roof-mounted photovoltaic (PV) solar panels, it is essential to consider how this increases the load imposed on the roof structure specifically, as well as the building as a whole. Mounting panels on an existing roof structure can significantly increase the dead load on a building and, potentially, the snow load. Depending on the inclination and support type for the solar panels, additional snow build-up can become a possibility. A consultant can safely decide if the addition of solar panels is appropriate on an existing structure or if additional work needs to be completed to expand capacity. The impact the solar panels have on the loading can also vary greatly depending on if it is a ballasted or unballasted system. Ballasted systems rely on dead load, typically concrete blocks that hold down the solar panels and prevent them from moving due to wind or other environmental conditions. Unballasted systems utilize a mechanical connection to the roof structure. Additional complications can occur when evaluating the different structural elements within the building, as some may have reserve capacity to carry additional weight while others do not.

For an existing building, a structural review with a qualified consultant is a critical stage in installing roof-mounted solar panels. This includes thorough reviews of existing documentation such as drawings, specifications, and construction documents. If it is determined, based on the review of documentation, that the structure has no reserve capacity, a consultant may conduct visual reviews of the structural components of the building and take detailed site measurements to confirm the existing configuration of the structure. A detailed structural analysis will then be performed considering current environmental loadings such as rainfall, snow and/or wind. Depending on the outcome of the structural review and analysis, a racking and attachment system will need to be selected that is unique to the building as each system varies in weight.

If the load-carrying capacity does not meet the criteria for installing roof-mounted solar panels, there are several options to strengthen the roofing system. Installing additional elements to an existing roof structure is a common method of increasing the load-carrying capacity. This method typically includes the addition of roof joists in between the existing joists to reduce the overall loading on each one. Often, the most ideal and cost-effective method of strengthening a roofing system is to reinforce the existing members. Multiple methods of strengthening the structural system can also be used at the time same time. For example, adding new joists and reinforcing existing roof beams.

It is critical to understand the structural implications of roof-mounted solar panels on an existing building structure, so you can make an informed decision on the costs and benefits of that system. In addition to the potential structural reinforcement required, consideration should also be given to the power output, the building’s electrical system, roofing, maintenance and building envelope systems.

As alternative energy sources become more accessible and beneficial to building owners and developers, Williams Engineering (WE) anticipates an increased need for new construction projects to be designed with a capacity to support a roof-mounted PV array. The consideration of designing a building to be solar-ready is essential during the beginning phases of the design process and will ultimately result in reduced upgrading costs for property owners and stakeholders who choose a sustainable alternative to power the buildings in our communities. 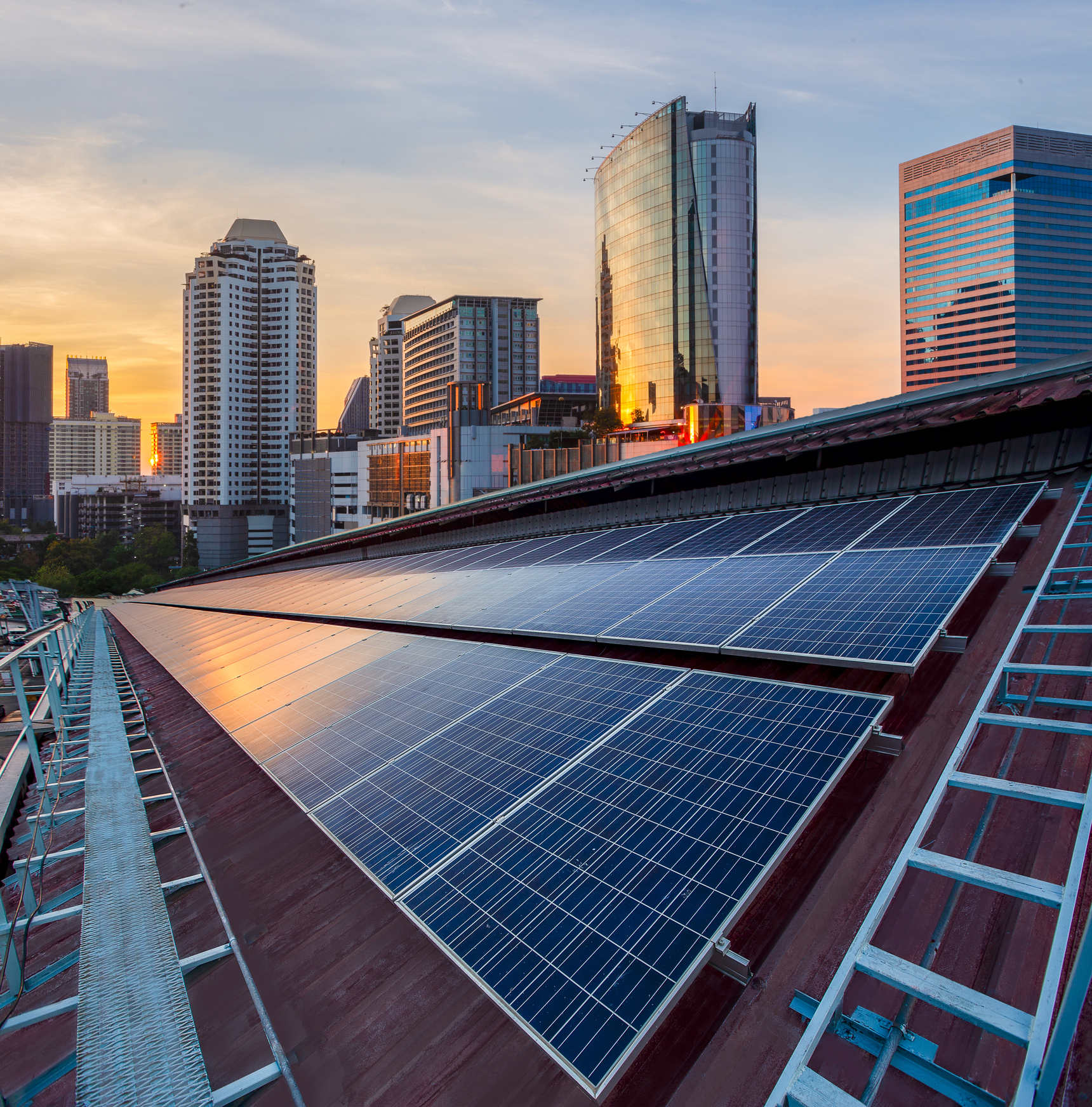